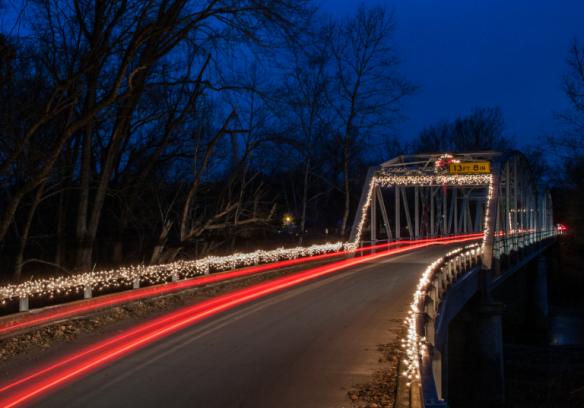 A taillight flare adds an extra zip to the festive lights on the Devils Elbow Bridge. Photo by Shawn Helgerson.

The Devils Elbow Bridge was dedicated July 4, 1924 and is considered by many to be a Route 66 icon. The bridge has allowed safe passage across the Big Piney River during its 90+ years of service.

The bridge recently had a second life breathed into it when it went under a massive rehabilitation project overseen by Great River Engineering. Today, the bridge is like new- strong, sturdy, and safe and ready to carry travelers from around the globe across the river.

The citizens have celebrated the revitalization of their beloved bridge in a new way this year- a first in the bridge’s history. The bridge has been decorated with Christmas lights and it is fabulous! This is sure to become a tradition in the ‘Bow and we hope that visiting the bridge during the holidays becomes a tradition for you and your family also. Devils Elbow has always been a very special place on the Mother Road- the lights make it magical. 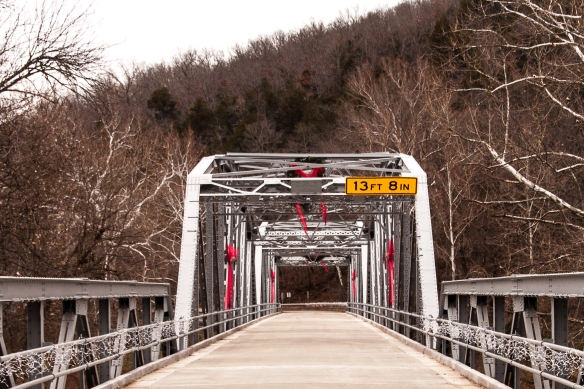