Big BAM cyclists will have pedaled almost 193 miles of Route 66 when arriving in Waynesville at the end of Day 3. Enhance your epic adventure with these one-of-a-kind Pulaski County experiences before saddling up for Day 4!

B&B Theatres Waynesville Patriot 12: Waynesville’s newest movie house is as big as a whale! The Grand Screen is an impressive 62’ x 32’ making it larger than a humpback whale- and one of the largest screens in southern Missouri.

1903 Route 66 Courthouse Museum: The former Courthouse housed Pulaski County’s government offices over 85 years. It was listed on the National Register of Historic Places in 1979 and began a second life as a museum after the current Pulaski County Courthouse was dedicated. The building was designed by Henry H. Hohenschild who served as Missouri State Architect in 1899. The National Park Service notes that “The irregular shape of the courthouse is interesting, especially the distinctive, square Italianate tower, or campanile, with arched windows on each side.” NPS continues “If you look up, you’ll notice that exposed rafters edge the bell tower’s roof. They are supported by a decorative corbel table – pieces of protruding, decorated stone provided to carry the weight of the roof above. This is worth noting for its lovely Italianate aspect right there in the middle of Missouri, the Show Me State.” They elaborate further “Inside, look for the original wooden frames around the windows and doors and the original Stromboli fan with wooden blades hanging in the old county clerk’s office. On the wooden stairway leading to the second floor, the original decorative spindle balustrade is just like it was in 1903. Once upstairs, visitors can see the original oak ceiling with exposed rafters and joints in the courtroom–an example of superb craftsmanship.” 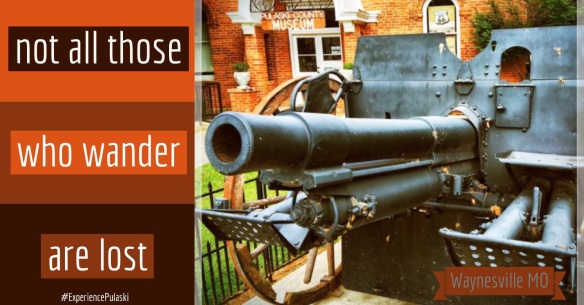 Old Stagecoach Stop Museum: Also listed on the National Register of Historic Places, the Old Stagecoach Stop has been a fixture of Waynesville’s town Square since the late 1850’s. It first served as a stagecoach stop and during the Civil War it was commandeered as a hospital. The building has also been used as a hotel and an apartment building before falling into disuse and disrepair. It had sat empty and abandoned for almost twenty years when it was condemned in 1982 and slated for demolition. A heroic and determined group of citizens banded together to purchase, rehabilitate, and preserve the iconic structure- now one of Missouri’s Route 66 gems. 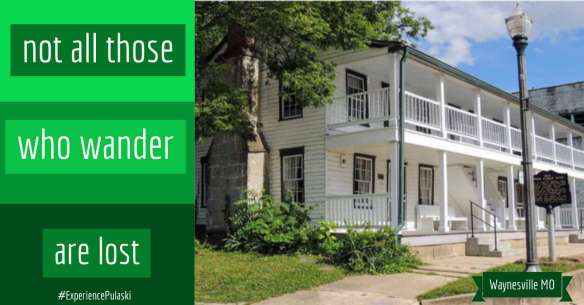 Roubidoux Spring Cherokee Campsite: Discover the tragic tale of the Trail of Tears and honor the memory of those who suffered during the removal at the Roubidoux Spring Cherokee Campsite at Laughlin Park. Seven National Park Service interpretive markers document the forced removal of the Cherokee and other Native American tribes from their homelands. Laughlin Park is one of only seven certified Trail of Tears Historic sites in Missouri.

Frog Rock: Also known as W.H. (Waynesville Hill) Croaker this quirky rock sculpture has been delighting Route 66 travelers since 1996. An Instagram-worthy selfie with Frog Rock is becoming a Route 66 rite of passage. (Please do not climb on W.H. Croaker.)

Freedom Rock: During September 2017 Iowa muralist Bubba Sorensen set up temporary headquarters on St. Robert Boulevard in Saint Robert, Missouri to create Missouri’s third Freedom Rock installation. His completed artwork is now one of St. Robert’s most photographed locations. His tribute to Pulaski County’s deep-seated military roots is guaranteed to stir the patriotism of all those who visit the Freedom Rock. 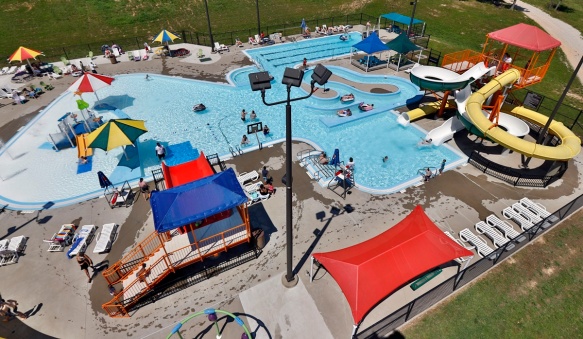 Shuttle service will be available at Waynesville City Park to transport riders to and from amusements, attractions, and sites of significance.