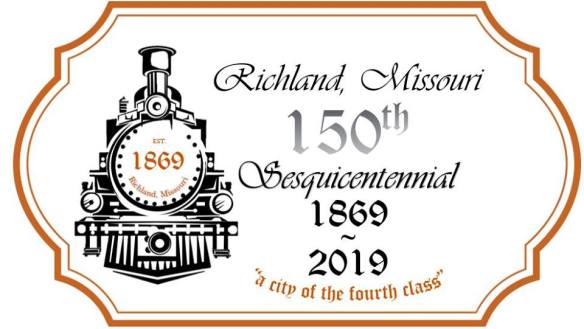 Richland, MO is about to be 150 years old, and everyone is invited to the birthday party.

On Saturday, Sept. 14, the City of Richland in central Missouri will be hosting a Sesquicentennial Celebration honoring its designation in 1869 as a “city of the fourth class.” Events are planned and shops will be open from 2-8 p.m.

EVENTS:
On hand for the celebration will be the Cave State Cruisers classic cars, including Model T’s that will offer rides. Events will include live music a hot dog eating contest, a petting zoo, train rides, a corn hole tournament, balloons for kids, a photo booth, silent auction, games for kids and adults, craft booths, food/drinks/ice cream, and opportunities to see and experience Richland’s “rich” history through poster-sized news clippings, a visit to the H.E. Warren Store, circa 1870, a guided tour of the town’s 50+ year old bank vault, and ice cream at the Brick Emporium, housed in a 1913 restored brick building on Pine Street. 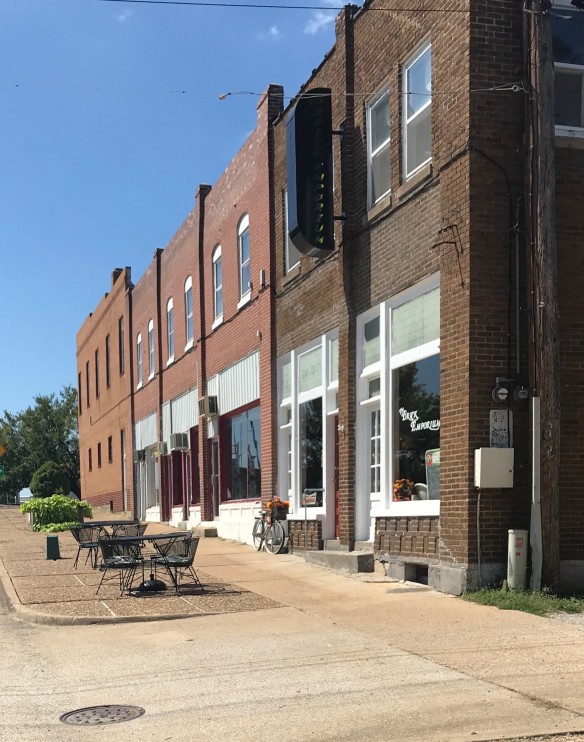 HISTORY:
A Surveyor, M. Santee, saw the need for towns along the Southwest Railroad Company. In the fall of 1869, he surveyed and laid out, on both sides of the railroad track, the site that was to become the town of Richland. One of the first buildings was a store erected by Captain H.E. Warren and Sam Gibson. This became the H.E. Warren Store, which is still prominent today.

In the late 1870s, Dr James Titterington erected the Richland Steam and Flouring and Saw Mills. In 1877, the St Louis and San Francisco Railroad gained control of the Southwest Railroad Company and assured the towns being a shipping point between Springfield and St. Louis.

Richland had been incorporated as a village at the beginning of its existence and in 1869 was incorporated as a fourth-class city with its first Mayor being M.W. Rice. By 1890, Richland was a thriving business center with active stores, a band, newspaper, public school, a private academy, churches, lodges, two flouring mills, a sawmill, broom factory, marble works, lumberyard, two hotels and many professional men.

In the early 1930s, two men from Tulsa bought several creek farms west of Richland and began to raise goldfish. In this manner, Ozarks Fisheries, Inc. was established, and it is a global flourishing business today.

The 50+year-old bank vault door that is a work of art.