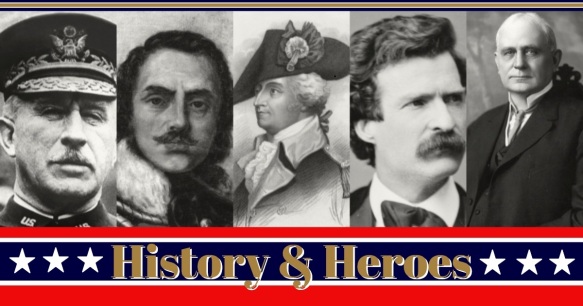 Marcus Alonzo Hanna, Ohio Senator, was the namesake of the community and post office of Hanna, Missouri in Pulaski County.

2. Hanna, who “had as much to do with the election of [President] Mr. Garfield as any single individual in the country,” oversaw Garfield’s body after it arrived in Cleveland following the assassination of the President. Hanna was also in charge of Garfield’s funeral arrangements and burial.

3. Hanna was instrumental in the election of William McKinley as President in 1896. A New York reporter wrote “Hanna and the others will shuffle and deal him [McKinley] like a pack of cards.” The campaign to elect McKinley, organized by Hanna, raised $3.5 million dollars- the largest election fundraising at that time. Hanna had been credited with the invention of the modern presidential campaign.

5. Hanna was no fan of Theodore Roosevelt. He once stated “Here’s this convention going headlong for Roosevelt for Vice President. Don’t any of you realize that there’s only one life between that madman and the Presidency? … What harm can he do as Governor of New York compared to the damage he will do as President if McKinley should die?” After the 1900 Republican Convention did indeed nominate Roosevelt to the ticket as McKinley’s Vice-President Hanna told President McKinley “Your duty to the country is to live for four years from next March.” McKinley won reelection and was assassinated in 1901. Roosevelt assumed the Presidency.