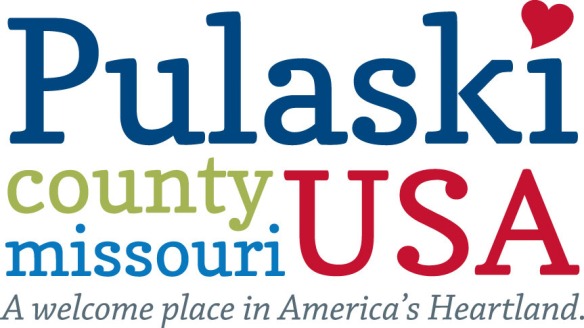 Paranormal Investigations the first Saturday, monthly, at the Talbot House in Waynesville!

If you were a mom & pop business on Route 66 in its’ heyday you had to have a hook- and sometimes a sideline to stand above the crowd. The route was riddled with entrepreneurs who hung their shingles and the competition for the motorists’ attention, and dollars, was particularly fierce.

Enter Ken York in Saint Robert, Missouri. York has his eye on unofficially labeling his business as Majestic Auto Body & Museum. He isn’t gunning to separate your cash from your wallet- but he will bend your ear. York, a 1959 graduate of Waynesville High School, has collected memories & memorabilia of Route 66 for a lifetime.

Ken York and his 1955 Chevy Bel Air. York purchased it in 1958 for less than $500. Image by Beth Wiles for Pulaski County Tourism Bureau.

York often occupies a comfortable chair in the middle of the shop, with his pipe at his side, and reminders of his youth on full display on the walls around him. His classic 1955 Chevy Bel Air, purchased when he was in high school and when the machine only had 900 miles on it, is parked slightly behind him and to his right. He is happy to show pictures of his ride that were taken shortly after he purchased it. He is even happier to pull back her covering to let you admire her yourself. She’s a beauty. Two door, hardtop. Jet black and pinstriped by York himself in 1960. A Cave State Cruisers decal clings to the passenger side window. York allowed me to open the driver’s side door and when I admired the embroidered roses on the door panels he explained that when he was in school all the kids decorated the interior of their cars. He chose roses.

York is quick to reminisce about the Saint Robert/Waynesville of his youth. He speaks of the coney dogs and milkshakes at Park N Eat. He recalled that Dairy Queen “has always been there” and remarked that in the early 1950’s it was the only place around to get a fountain Dr. Pepper. His mention of the soda spurred a memory of purchasing a gallon of root beer from A&W for 20¢ before hanging out at the drive-in. He fondly recalls that Top of the Town (later known as Top Hat Lounge) had the best steak in town and that Mr. Quick had an “absolutely delicious” char-coaled hamburger for 20¢.

York will tell you tales of his time running a feed store in Waynesville for his Uncle Fred and of working at his dad’s Sovereign Service Station (later an Apco Station). He has a story or three about his time working at Fort Wood Theater on the banks of the Roubidoux. A musician at heart, he shows off pictures of his ’64 Fender Stratocaster and bemoans the loss of some his gear during a long ago fire that leveled the Pine Room. He asked if I knew of his bandmate, Narvel Felts. I was able to answer that I did and that Felts, who is from Missouri’s bootheel had made some the Zalma High School girl’s hearts swoon, including my own mother’s. York also talked about playing with Delbert McKinnon and jamming with Bobby Preston at Ike Martin’s Music Store when it was still open for business.

The lobby of Majestic Auto Body (and Museum) on Route 66 in Saint Robert, Missouri. The two gasoline pumps on the far right were originally located at Ken York’s father’s service station on Route 66 in Waynesville. Photo by Beth Wiles for Pulaski County Tourism Bureau.

York also has stories about his time as Deputy Sheriff and proudly displays his badge. He has stories from his father’s time as Pulaski County Sheriff- one of the area’s grittiest eras.

He and Saint Robert, one might say, grew up together. York seems proud of both Saint Robert & Waynesville’s growth into Fort Leonard Wood’s gateway cities. He also looks forward to the day that the Neon Park at George M. Reed Roadside Park is a reality. You can easily picture him gazing at the neon with a grin on his face and a memory running through his mind.

In the meantime, pop into Majestic Auto Body (and Museum) and spend some time with a man who lived through Route 66’s heyday. The magic of that road, that time, & that place spring back to life when York starts speaking.

To learn more about the planned Neon Park visit www.visitpulaskicounty.org/rt66preservation/neonpark.htm

For more things to see and do in Pulaski County, Missouri, including lodging and dining options, please visit www.PulaskiCountyUSA.com.